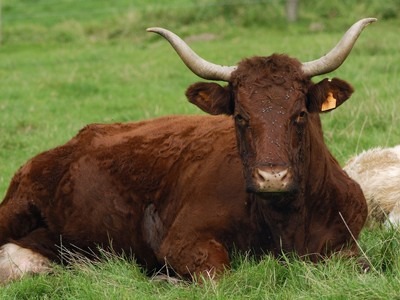 The Salers Evolution Group (formerly UPRA Salers) was created in June 1992 in Aurillac and modified by the Agricultural Livestock Orientation Law (LOA) number 2006-11 of the 5th of January 2006 and the decree of the 28th of December 2006. It is recognised by the Ministry of Agriculture as the Body Responsible for Selection. The Salers Evolution Group is a non-profit making body which brings together all the partners in breeding/selection and promotion for the Salers breed.

The Salers Evolution Group has the role of co-ordinating and animating the genetic improvement programme. It defines the objectives and the qualification norms of males and females It also has the role of promoting the breed and its products.

The definition of the genetic improvement programme and of promotion